Earthworms: Photographic guide to the species of Northwestern Europe

Earthworms are a very important animal group ecologically and economically, but they are still surprisingly poorly known. This guide presents identification keys and species descriptions with detailed photos of all the 30 species that occur in Northwestern Europe. Most of these species can be identified in the field. This fascinating group has become a lot more accessible!

Earthworms play a vital role in most terrestrial ecosystems through their influence on the soil. Their burrowing allows more water and air to enter the soil, they speed up the breakdown of dead plant material as they mix soil and leaves, and they degrade organic matter. It is therefore surprising that very little is known about earthworms. Delving into the world of earthworms, you will find that they are surprisingly diverse and often identifiable in the field.

This guide was designed to allow easy identification of both live and preserved specimens. All species occurring in the wild in Britain and Ireland, the Netherlands, Belgium, Western Germany and Northern France are described, with detailed photographs of the majority of species. Both a key to the common species based on photographs and a key to all the species based on macroscopic and microscopic features are presented. With this book, this fascinating group has become very accessible for those interested! 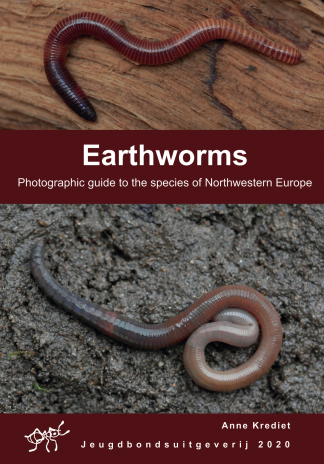